National Parks Part 3-Are we there yet?

So onto the last part of the national parks trip. I would write some, blog some, and explain some, but I feel like just letting the pictures speak for themselves.
In Las Vegas we stayed a night at Treasure Island. Now I am not sure if it was the fact that our stay accidentally coincided with the Electric Daisy Carnival or what, but it was a mad house. All the idiot 20 somethings roaming around made it not so fun. Look there is me-practicing grandma already. :) You know what made up for it though? The Buffet. Why yes I did only eat dessert for the entire first course. Why yes it was fantastic!

I cannot rave enough about Mary's Hash House. That place made magical food. It was fantastic, best breakfast ever. Make sure you go sometime! http://www.hashhouse.net/ I tried to convince Mary to move to Oregon for us, but she woudl not commit. So sad. 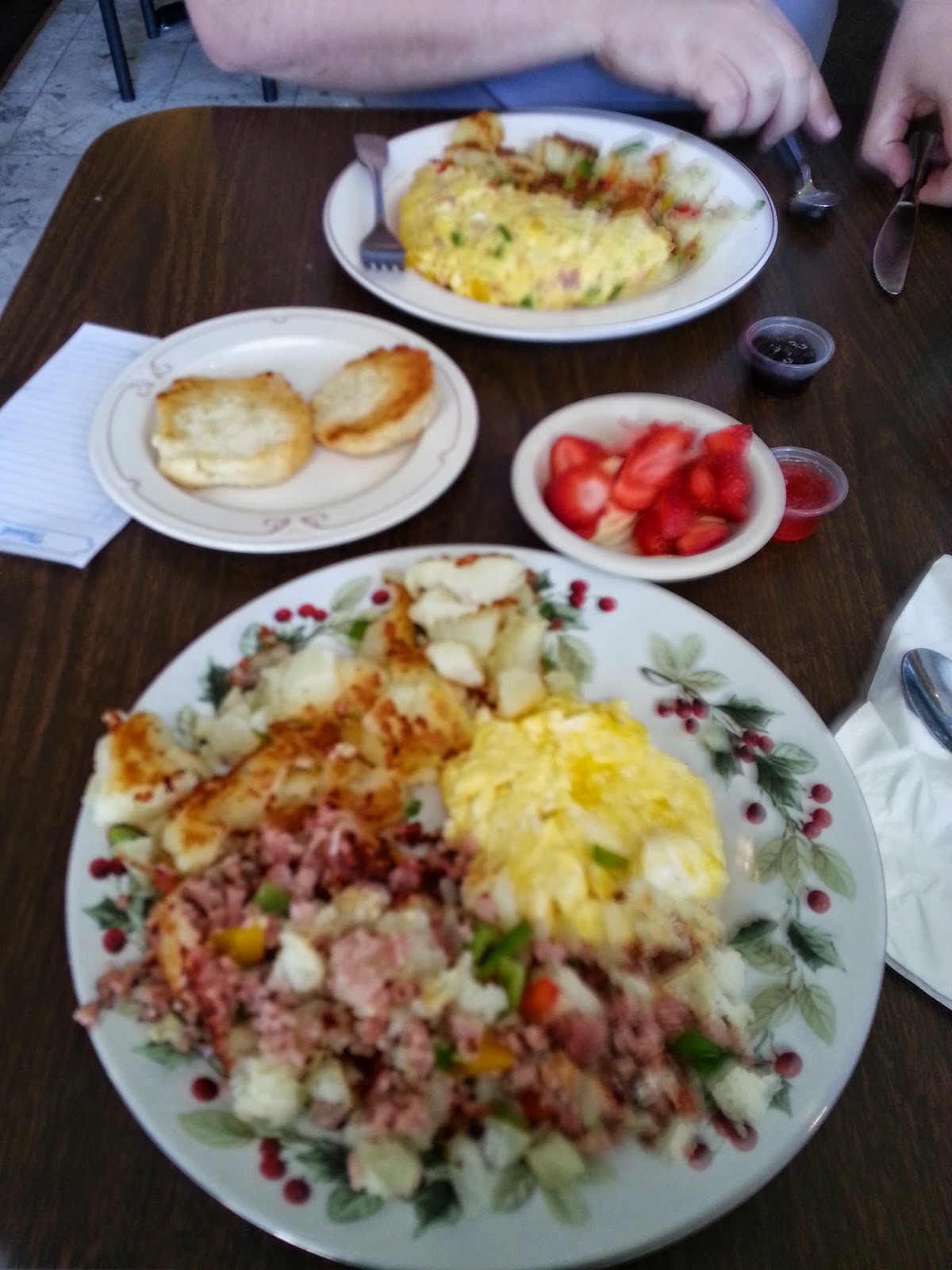 The last real big visit of the trip was the neat Old Yosemite Park. It was a great beautiful place to end on. I was so excited to see all of the history and view the places that I saw in the Ken Burns Documentary(yup I am that nerdy, prior to the trip I wanted the National Parks Documentary.) The nice part was that we got to see our friends and their kids that night. Its an odd park though because its so full of people and the camping sites are smaller. I think its due to it being such an old campground.

It was a great trip. We actually cut if off by a day and spent the night at a hotel and skipped Lassen National Park. That will have to wait for a future trip someday. One last view as you go, a giant lemon. It just cracks me up for some reason. :)

Posted by -HomeLifeScience at 1:49 PM