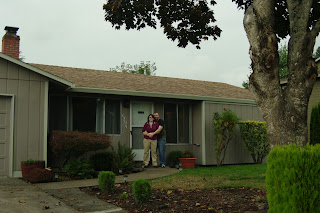 We bought our house in the summer of 2009. Fresh-faced, excited, and now broke we were ready to handle the trials of homeownership. We looked at our house as a blank canvas. Ok, not really a blank canvas, more like a thrift-store canvas that needs to be prepped and primed first. I like that, our house was a thrift-store canvas ready for our love to nurture it from 1978 to now. We had no idea how to decorate but we were willing to try and we both come from parents that value doing it yourself. We grew up helping our parents build or re-model houses. We learned early on how to handle a paint brush and about not being afraid of a little (or big) plumbing repair. 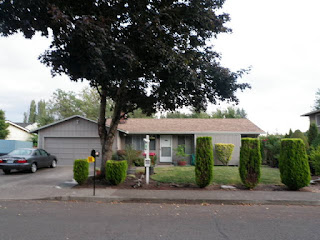 We had a set price range, an area we liked, and were looking for a bargain.  We looked, and we looked, and we looked.  Buying a house is hard. That show House Hunters makes it look so easy, but it’s not. We wanted a house with good bones that we could upgrade. When we first saw this house, I hated it, but Erik really liked it. It took me a couple of weeks to come around, but eventually when compared to the other homes we looked at, I started to like it too. This shot above shows the house when we first pulled up to look at it. Yeah, misshapen arborvitae. 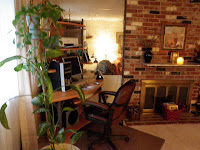 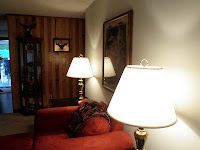 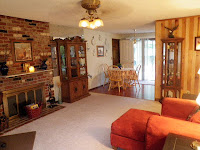 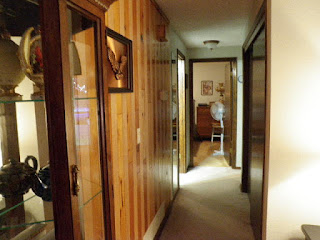 This was the view when you walked into the house. On the left, we had lovely large 12 inch by 12 inch mirrors. These lovely mirrors flanked both sides of a brick fireplace that featured bricks painted in a variety of colors. At some point someone had even drawn a smiley face on the fireplace in pencil (I tried to erase that smile, but it would not come off. I finally removed it with paint, but I know it’s still there…..).  From the front door you could see three different colors and types of flooring on the floor. This is not including the two kinds of flooring on the wall. That was the next thing you noticed. In the center picture you can see the wood paneling in two different shades that went down most of the hallway. The living room was a tiny space, dwarfed by only having a chair and desk in it. It was painted white and had nice brass light fixtures. 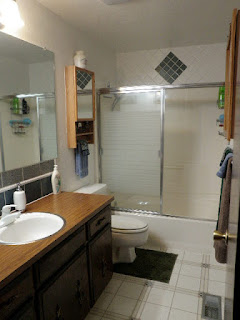 Going down the hallway led to the bathroom and the three bedrooms. The bathroom had been updated at some point. We later found out that back in the day, someone had ran a message place out of the home, so we figure that when the bathroom had been updated. The bathroom featured linoleum, white and blue tile, a falling apart shower, and when the inspector came back with the inspection old dry rot! It also had two bathroom medicine cabinets that made it so when you walked in, you thought that one of them would fall on you.  The bathroom had been painted, but not normal painted. Someone had put up wallpaper and instead of taking it down, had sprayed texture over it then painted on top of that. There were spots where you could see the wallpaper! This house only had one bathroom. There were two doors into the bathroom, one from the hallway, and at a 90 degree angle, another from the Master bedroom. It made the bathroom feel smaller to have the two doors. 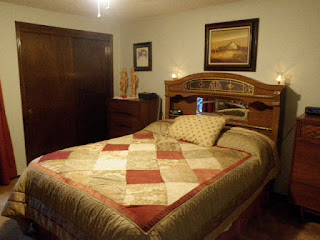 The next room to the bathroom was the master bedroom. The room featured what we can only assume was the original brown shag carpet and dark brown wood trim. Like the whole house, the master bedroom had a popcorn ceiling. You know the kind that collects dust and spider webs. The ceiling made the whole room feel smaller. 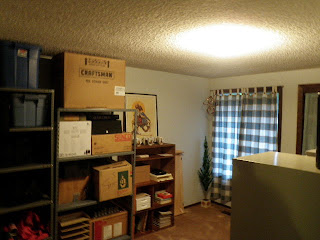 The second bedroom was in a rough shape. It also had the brown shag carpeting. There were no doors on the closet, but someone had hung curtains over the closet.  The room had the popcorn ceiling and dark wood trim. 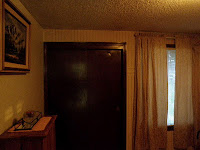 The third bedroom was tiny. It featured all of the same problems as above, but in addition had wallpaper with tiny hearts on it. I remember that wallpaper. I learned the lesson of patience when we took it down. I also learned that it was way easier to cut the drywall out and re-hang it too. Never underestimate my ability to look down old wallpaper and beat it back. 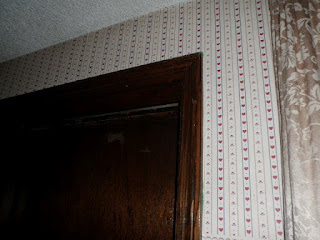 The kitchen in this house was actually in great shape.Well, maybe not pretty but very usable. The cabinets were dark and old, but worked well. The appliances were used, but hey they worked. After coming from an apartment, we were not so picky about the details. They were really clean and passed inspection. The floor in the kitchen was this gorgeous Brazilian cherry. I really liked this floor. The previous homeowner however, was in love with the floor. He told us at least twice how he only put in the floor because he thought that he was going to live in that house forever and that he would have not put in such a nice floor if he knew he was going to sell it. Gee, thanks. When we redid the floors in our house ( so that they all matched and we went from 5 kinds of flooring to 2 kinds) I was a little sad to rip it up. Erik kept it and its sitting wrapped in plastic wrap in the garage until the day we decide to either use it somewhere or give to someone else. 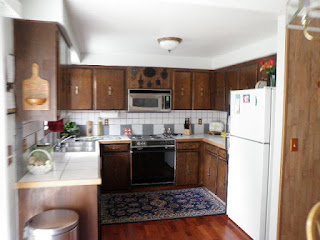 One of the best parts of this house though was this huge room off of the kitchen. It was an extended garage that had a large room attached. This was a great big space that we dreamed about what we would do with. First though some details about the room. 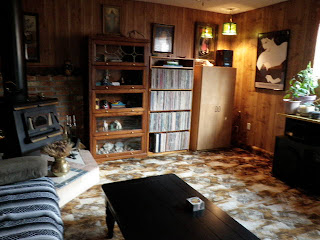 The room featured a lovely wood paneling that when you looked closely at bucolic scenes of animals and forests hidden in the wood grain. Yup, Bambi was staring right back at you. It also had an air conditioning unit that had multi-colored carpet squares around it? (Why oh why?). The room had a lovely vintage 1970’s/early 80’s carpet that if you looked at too closely would pull you in and never let go. And last, but not least a huge, huge wood stove up on a pedestal. The room already had a heating vent, but also came with a woodstove. 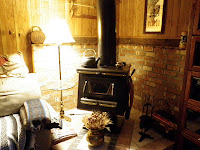 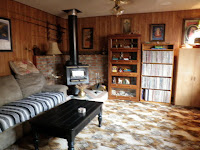 So, that it. The house as it was when we bought it. I suppose now you want to know what we did to it. Well let me tell you it’s a lot. You will have to wait for now though. It’s a work in progress. I will upload pictures as I can give you the nitty gritty details. Thanks for reading and coming along for the journey. I hope that you enjoy what you read, and may you never, ever, have to deal with wood flooring glued to your walls!